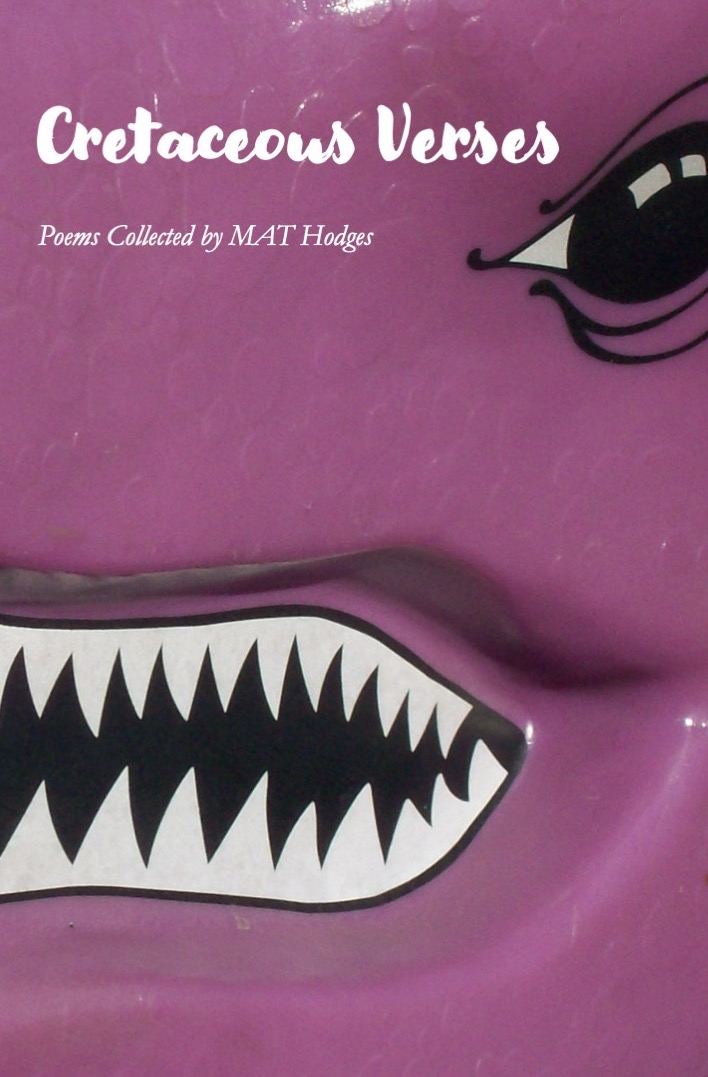 A sampling of life on Earth seventy million years ago, the poetry collection Cretaceous Verses, gathered by collector MAT Hodges, scratches at the grit of history to reveal daily routines and emotions of our extinct predecessors. Most of the 37 poems tell stories of prehistoric life, and a few divine modern fables like the holiday tale of a reindeer with a glowing nose. From sonnet to stream-of-consciousness, these works are as varied as the lifestyles of the Cretaceous poets themselves. The compilation includes bios of the 31 dinosaur authors and is geared to human readers aged twelve and older.

"In this smart and captivating collection, readers will revisit all their favorite dinosaurs through rhymes and lyrical prose. Cretaceous Verses by MAT Hodges is a must-read for anyone with a reptilian appetite for engaging literature." -Charlotte Pence

"Cretaceous Verses purports to be an anthology of poems written by dinosaurs, and by a few of their contemporaries, such as mosasaurs. These poets lived in the Cretaceous Period, before a giant asteroid smacked the Yucatan 65 million years ago and gave mammals their chance to shine. As befits a collection of work by many different poets, these poems represent a wide variety of forms (All of the poems actually were written by MAT Hodges). Cretaceous Verses is chock-full of dinosaur facts, but the poems focus on the day to day exigencies of life. The life of a dinosaur, of all different kinds of dinosaurs, large and small, are presented in rich language, full of imagery, with tongue-in-cheek references to the modern world. Life must have been much more complicated in a civilization occupied by so many kinds of fearsome and intelligent beasts. What I like best about Cretaceous Verses is the writing: for instance, 'young, carnivorous girls, with teeth unlike pearls and smiles tighter than palm tree bark' from "Tones," by Jared G'lightly (Arkansaurus). What would dating be like if it involved six-inch teeth? As an introduction to the literature of a bygone age, Cretaceous Verses is an unparalleled delight." -David C Kopaska-Merkel