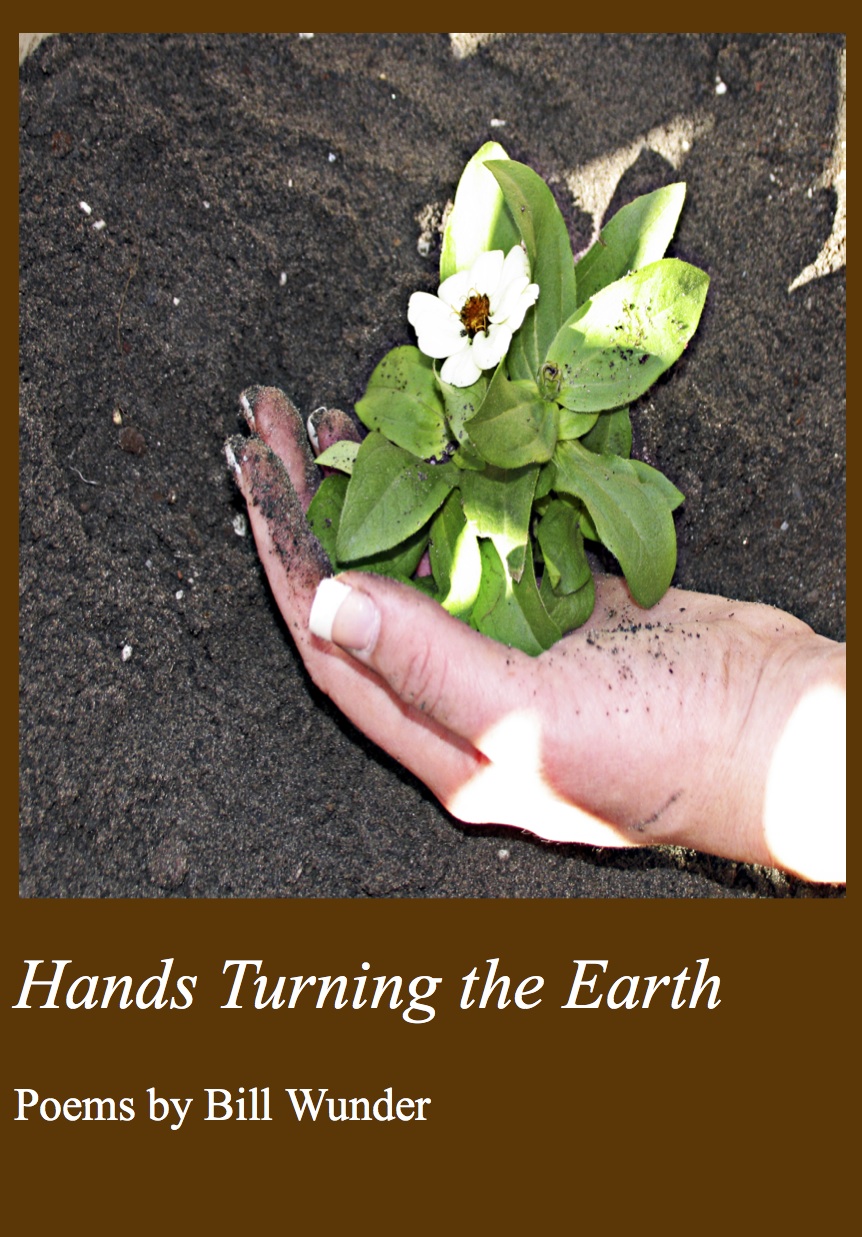 Hands Turning the Earth, the second volume of poems by Bill Wunder, bring us home from the jungles of Vietnam, and administers an antidote of lyric and narrative poems on nature, beauty, loss and how these subjects inform the human condition.

"In one of his poems Bill Wunder says that bones are his obsession. And there are plenty of bones in these poems-bones of war, of family, of friends. Bones of violence, bones of terror, bones of loss. Wunder denies none of these. He turns the earth, looking for them, excavating memories no matter how hurtful. But he also knows that real splendor lies in the 'finality of bones/ that bleach in the desert sun.' Beauty and truth, indeed. Like his saxman blowing on his instrument under the stars, Wunder makes bones sing. This is what real poets do, and Bill Wunder is a real poet."-George Drew

"Li Po, Perry Como, Richard Nixon, Tomlin on his third tour of duty, Ladanyi, a tangled rope of a man, Casper David Friedrich, the saxman, a moose calf, Narcissus, the poet's Bavarian mother, his dog Pablo, a coyote moon, Beauty in her many incarnations, visit Hands Turning the Earth, the latest book by Bill Wunder, Vietnam Vet, cancer survivor, and intrepid soul. Wunder's poetry covers so much territory: war and weather, illness and love's challenges, Cam Ranh Bay and Searsburg Mountain, a 'gratuity of color, a sudden ruckus of forsythia.' It explores the meteorology and geology of loss, yet I know of no book as healthy as this one. It trusts language and language trusts it. We feel Keats's healthy presence too, from the book's very beginning: 'Almost nightfall/and still caroling, one/ small bird beseeching a mate/ as if it's aware/the world depends on song.'"-Christopher Bursk

"The poems in Bill Wunder's Hands Turning the Earth marvel at the beauty and melancholy of the world. Here a hummingbird can 'swerve and swoop through/the firmament/of the spectacular.' Elsewhere the slow stubborn winter of the spirit hangs on. These are lyrics of emergence: from the memories of army service in Vietnam, from a battle with cancer, from loves lost. A frosty world it may sometimes be, but one with many charms and many pleasures for the reader." -Lynn Levin

Bill Wunder's poems have twice been nominated for The Pushcart Prize in Poetry. In 2004 he was named Poet Laureate of Bucks County, Pennsylvania. His poems have been widely published and a finalist in both The Allen Ginsberg Poetry Awards and the T.S. Eliot Poetry Prize. Bill is the author of Pointing at the Moon (WordTech Editions, 2008.) He serves as the Poetry Editor of The Schuylkill Valley Journal, and lives with his two black labs.