The Paragon, Poems by Kathrine Varnes 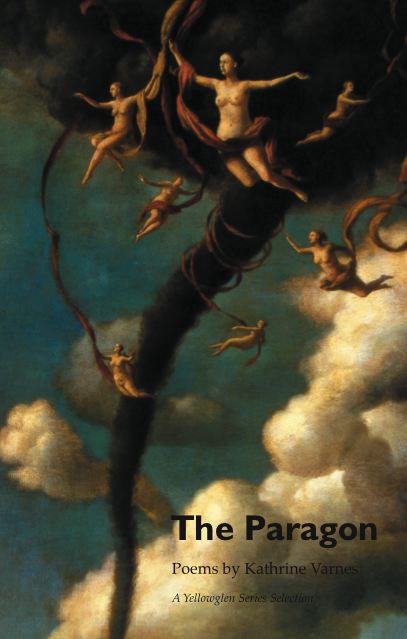 Katherine Varnes’ first collection is speech about love tuned to the measure of meter. Casual in their formality and brilliant in their wit, the poems of The Paragon are among the most entertaining—and heartbreaking—of recent American verse.
Sample Poems by Kathrine Varnes

“A remarkably accomplished first book of poems, The Paragon speaks with such full-throated delight in language that its vivid and wry and sometimes scathing psychological portraits are freed from the bonds of the ‘merely personal’ and released, instead, into the novelistic realm of human experience. In the rich prosodic interior of these poems, the heart’s brisk dramas are played out with a Chekhovian intelligence and flare.”—Sherod Santos

“This is a dazzling debut collection. Kathrine Varnes writes about love and loss with such wit and in such brilliant formal terms that it almost doesn’t hurt—almost, but not quite. There is deep sadness, joy, and wisdom in these poems. They are the work of a young poet who is already a master of form.”—Jeanne Murray Walker

Kathrine Varnes was born near Köln, Germany, on the day after John F. Kennedy was shot. From the age of four, she grew up in Los Angeles, learning to keep her cool around famous people. Some of her odd jobs have included filing engine gaskets, painting the names on boats, and singing in bars.

She has a BA from the College of Creative Studies, UC Santa Barbara, an MA in Creative Writing from San Francisco State University, and a PhD in English Literature from the University of Delaware. Her essays on contemporary poetry and feminism have appeared in various journals and collections including Connotations, After New Formalism (Story Line Press), and Parnassus. Poems have been published most recently in Valparaiso Poetry Review, Black Warrior Review, and Lyric Poetry Review. Varnes is also co-editor with Annie Finch of An Exaltation of Forms: Contemporary Poets Celebrate the Diversity of their Art (University of Michigan Press 2002). She lives in Columbia, Missouri.