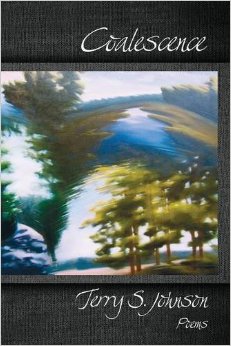 In this stunning poetry collection, Terry S. Johnson explores our everyday personal lives in the larger context of those who have come before us. "Quills caressed words like beads on an abacus. Each season, each storied memory, an accounting." Whether writing in free verse or traditional forms employing narrative or lyric poetry, Johnson plays with sound and meaning. Beethoven juxtaposed with jazz, Pollack with Vermeer, Mississippi with Auschwitz, or ancient Egypt with present day Iraq, Johnson deepens our understanding of the historical and natural worlds. "How fortunate we do not sense the Earth's spin-- its path predictable, its speed fierce."

Terry S. Johnsons passion for music and musical utterance combined with her insatiable drive to fathom the world coalesce with triggering memories and experiences into poems of unflappable spirit. The alluring sounds of vowels are like touchstones as the speaker probes for more worldly knowledge as well as for greater insight into her own story, her changing roles as daughter, wife, mother, teacher. Sensual, daring, and celebratory, the poems are as playful as they are serious. From the wrenching yet plainspoken Lessons from School to the elegantly structured Simple Machines to the richly muscled O (where the fleshy opus of a newborn child demonstrates the wordless language of the spheres), there's an unmistakable fierceness  a female fierceness  for the human and earthly condition. Coalescence is Johnsons very own Whitmanic yawp: democratic, embracing, and full of chutzpah.  Patty Crane

"In this wide-ranging collection Terry Johnson's curious mind scats, riffs, and muses. Music, history, art, and science capture her attention, as well as children, lovers, and the body's truths and deceptions. Her unique juxtaposition of images creates lines that fly from galaxies to simple machines, from sonatas to a lizard's tail. With wit and irony, these poems demonstrate Johnson's canny use of musicality and movement." - Gail Thomas

The first born of a Chicago World War II airman and a Southern Belle who met at a USO dance in Little Rock, Terry S. Johnson was raised in the New York City metropolitan area. Johnson explored careers as a newspaper advertising clerk, a library reference assistant and a professional harpsichordist before serving as public school teacher for twenty-five years. She earned her M.F.A. in Writing from the Vermont College of Fine Arts. Coalescence is her first book. You can find her website at: www.terrysjohnsonpoet.com