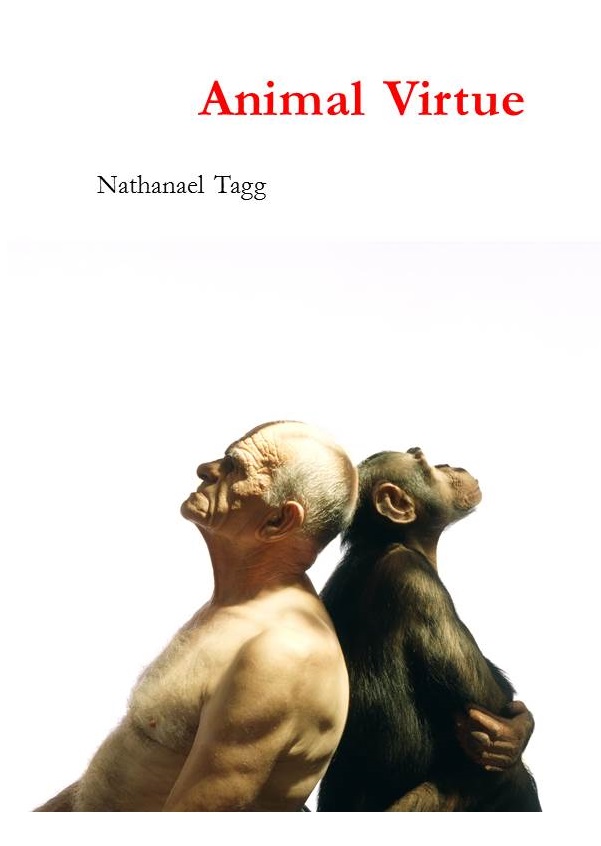 Animal Virtue is Nathanael Tagg's first book, a poetry collection about the challenge of living well, especially in times of personal, political, existential, and environmental trouble. The book has three sections, which showcase Tagg's creative range and his penchant for sonic play. Sections one and three are formally heterogeneous. Section two contains sonnets, experimental poems (each one comprised of a single sentence), and ekphrastic poems. One of the sonnets defines "animal virtue" in fourteen ways that come into play throughout the book.

"The charm of Nathanael Tagg's Animal Virtue comes from its confident, unpretentious expression of curiosity about language and nature, its insights into everyday coincidences and encounters, and the daring to navigate the rocky waters between science and religion. His poems speak eloquently-and humorously-about the human impulse to search for greater meaning and connection. An exceptional debut!"-Rigoberto González

"'No, you need not give me a script,' writes Nathanael Tagg. No indeed. Animal Virtue brims over with curiosity, observation, and sheer knowledge, whether of literature, art, or the animal kingdom; the resulting script is no one's but his own. Urbane and controlled, his poems still seethe with restless wit."-Rachel Hadas

Nathanael Tagg has an MFA from Rutgers, where he was a Truman Capote Literary Trust fellow. His poems and reviews are published in Barrow Street, Colorado Review, Pleiades, Confrontation, Cimarron Review, and many other magazines. He's an associate professor of English at Cecil College. He lives with his wife in Pennsylvania. His website is www.nathanaeltagg.com.