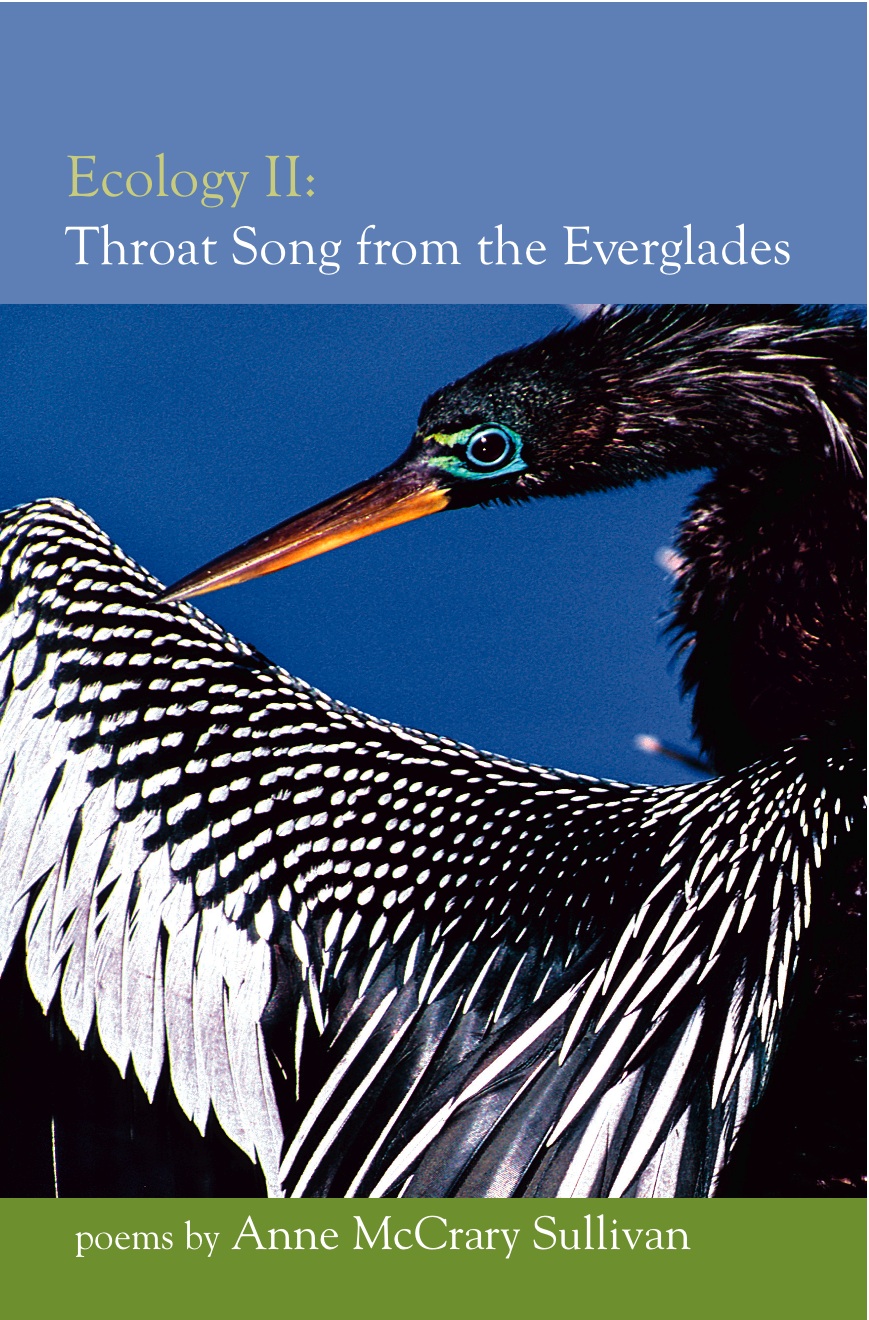 Anne McCrary Sullivan's poems in Ecology II: Throat Song from the Everglades are vibrant with the music of the natural world. The Everglades come intensely alive in Sullivan's memorable lines.

"When Anne Sullivan walks 'two miles into human silence' what she hears—what we hear—are the 'low groan(s) of 'pig frogs,' insects that 'whirr, vibrate, click,' in short the world of Florida’s Everglades comes alive in all of its magnificent natural and bizarre detail. Reading Ecology II, Anne Sullivan’s impressive debut collection, is like seeing the Everglades through the clearest of glass-bottom boats. "—Michael Collier, Dark Wild Realm

"Marjory Stoneman Douglas once wrote, 'There are no other Everglades in the world.' A reader of Anne McCrary Sullivan’s poems will enter this world in a uniquely personal and revealing way. Ever since her initial participation as an artist in residence in Everglades National Park, Anne has been an attentive observer, a curious learner, and an enthusiastic ally of the Everglades. Her poems reflect a deep affection for and intimate knowledge of the animals, plants, and delicate ecological balances of the Everglades. We welcome this work to a growing body of Everglades literature." —Alan Scott, Chief, Interpretation and visitor Se and Dry Tortugas National Park

"'Weeping for beauty/replaces weeping for grief," writes Anne Sullivan. But it’s the strangeness in that beauty that grows from grief as this poet enters and tracks and takes to heart the rich complexity of the natural world, its kestrel and heron, its alligator and estuaries, its fig and fern and spatterdock. A fierce eye is at work here, honed to surprise, to the truly mysterious. I dare you to read the opening poem, 'Holding On,' and not be stunned." —Marianne Boruch, Grace, Fallen From

Anne McCrary sullivan is a Florida Master Naturalist who has been Poet in Residence in Everglades National Park and in Big Cypress National Preserve. She has an MFA in Poetry from Warren Wilson College and a PhD in English Education from the University of Florida. During her childhood on Wrightsville Sound, on the coast of North Carolina, she learned to love the natural world in the company of her marine biologist mother.