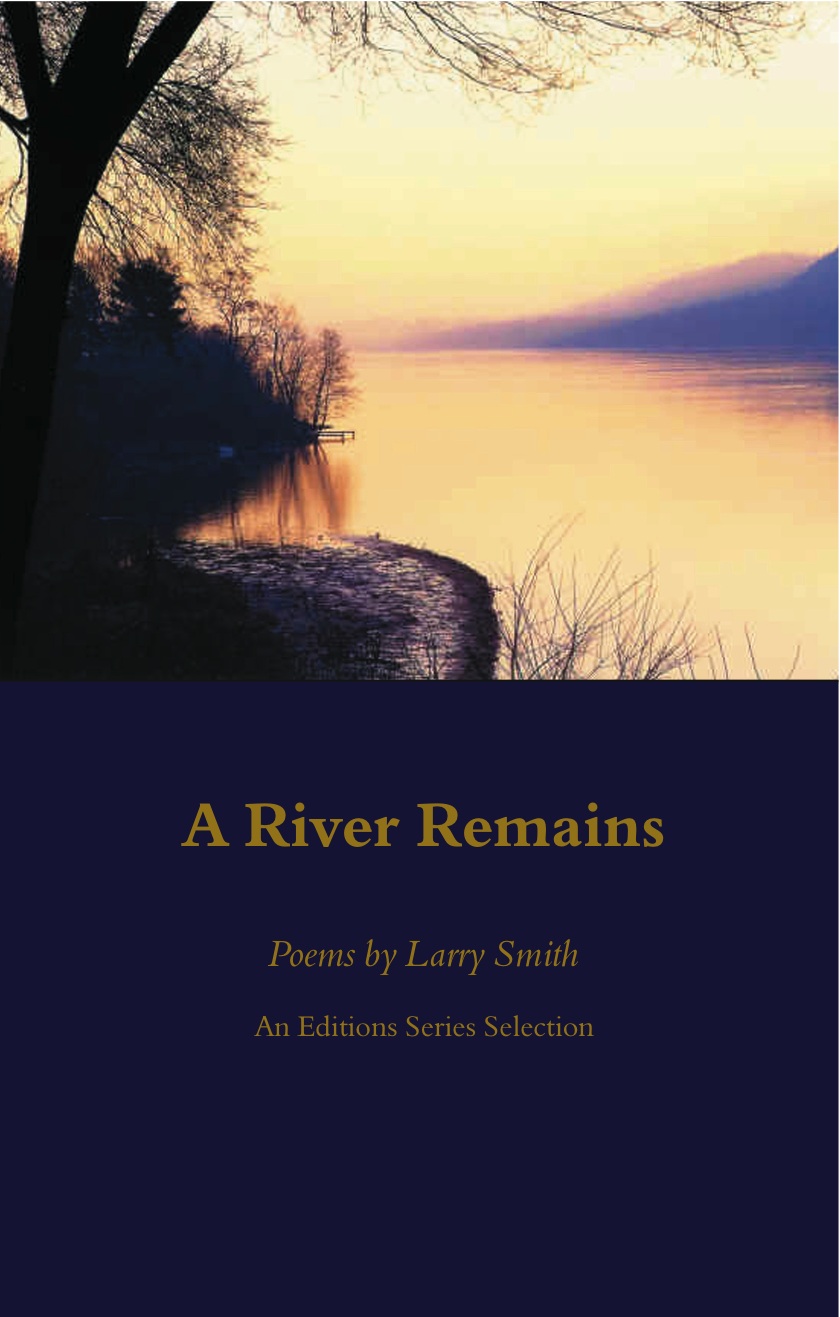 Larry Smith’s A River Remains embodies the waterway of its title: in these poems the world is at once evanescent and permanent, always changing, yet always there.  A collection of large scope built mostly from brief lyrics, narratives and meditations, it stands as the most compelling work from an already-distinguished career.

Many of us know Larry Smith as a working-class poet, and in A River Remains he sets out to do what Rilke calls, ‘perhaps the most difficult of all talks, the ultimate, the last test and proof, the work for which all other work is but preparation’—the work of love. These poems look straight at the things we are most afraid of, and keeps with tenderness. Their speaker maintains a permeability to the human and nonhuman worlds that admits extremes of love and fear, body and soul, and still yet holds the center. This book is a lesson in saying yes to life.”—Diane Gilliam Fisher

It is in the small quiet moments that Life gives up its meaning, and no one captures the gentle undercurrent of the bliss of life better than Larry Smith. He sees the little things, which become important because they are seen, and he allows them to soak into his spirit. His poems are personal and modest, yet they radiate a universal voice. We can say when we have read his poems that there is a man who lives a deep and watchful life, a man who cares much.Joel Rudinger, author of Lovers and Celebrations

Larry Smith is a poet, fiction writer, critic, biographer, and editor. A native of the industrial Ohio River Valley in Mingo Junction, Ohio, he taught for three decades at Firelands College of Bowling Green State University in Huron, Ohio, where he has lived with his wife, Ann, and their three children, now adults and parents themselves. In 2004 he co-edited with poet Ray McNiece the Harmony anthology America Zen: A Gathering of Poets, and in 2005 he co-edited with wife Ann, the anthology Family Matters: Poems of Our Families (both from Bottom Dog Press). His biography, Kenneth Patchen: Rebel Poet in America appeared in 2000 from a Consortium of Small Presses. He is the director of The Firelands Writing Center and of Bottom Dog Press. This is his eighth book of poems following Milldust and Roses: Memoirs (Ridgeway Press, 2001)