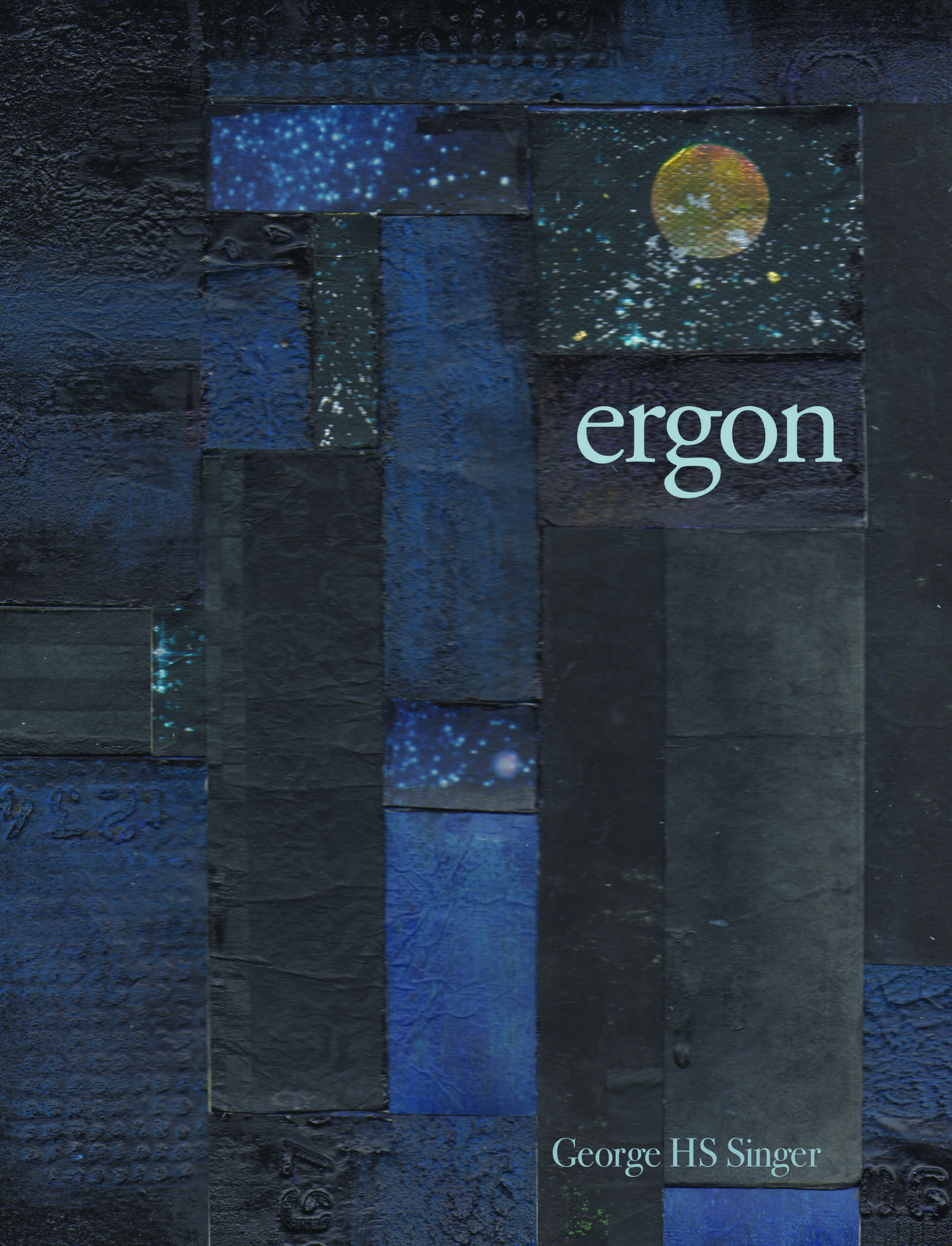 George Singer's Ergon is precise, delicate and fierce in its engagement with the world.

Singers work is wise, vulnerable, empty and full, erotic and spiritual, intimate and lonely, his source of metaphor the keenly-witnessed natural world. Ergon  is a book about abiding love but also illness, lobotomies, and long-held grief; its landscape is one in which the buffaloes with eyes sad as Lincolns plow through the fence and break into the temple, where the Buddha is poised with one palm open, one touching the trampled ground. Go to the forest or the shore and read this book, and while youre at it, dont underestimate the ferocity of these deeply adult and nuanced poems.Diane Seuss

With his first book of poems, Ergon, George H. S. Singer takes his place among a rich tradition of California poets for whom the literary sphere is outlined not only in aesthetic terms but in natural, ethical, and spiritual dimensions as well.  This humane poetic runs recently from Hass to Hirshfield, Snyder to Herrera, but traces its origins to the ethos of Aristotle, who defines ergon as the core function or purpose of something or someone; virtue then arises when ergon is realized fully.  Singer is a maker of contemporary devotions out of the dross and commotion of a daily lifeout of false teeth, frayed cords, mouse nests and into the sphere of celestial fire where the souls / of extinct birds are turned into gems.  Its not alchemy but faith. Its not caprice but capability to see the spirited world within the known one, capability to approach in language the eternal silence of these spaces between the stars.David Baker

With dignity and that slight irreverence that convinces you hes telling the truth, George Singer creates his rich, lucid poems about the core of our human condition, our Ergon. Moving, surprising, erotic and profound, Singers poems take us around the world and through personal historyfrom the unexpected humor of daily life inside a Buddhist temple to the terrible inverted logic of a sanitarium for the insane, or from a sexual spark in a long marriage, to eons of geological time. Ergon marks the debut of a splendid poet with a sensibility that might make you more observant, and far lighter on your mental feet. A person could get wise reading poems of such warmth and depth.Molly Peacock