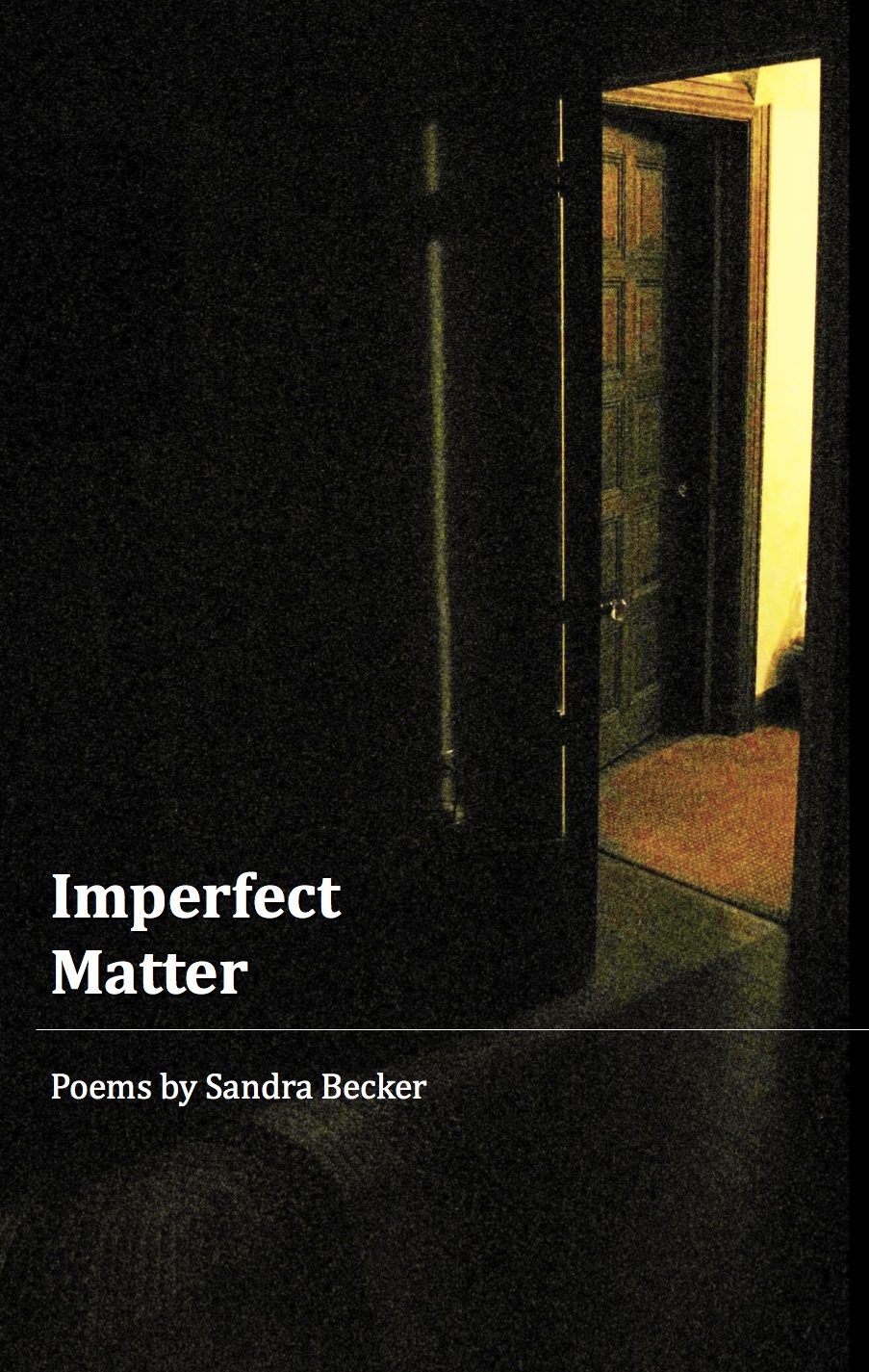 Sandra Becker's Imperfect Matter suggests that nothing in this world, not even yearning, is perfect, yet reaches always toward that sublimity.

"In a poem in her new book, Sandra Becker confesses, 'I once thought/the way to help myself/ was renunciation,/ but I need the ground.' The poems in Imperfect Matter are grounded in the body, in the world we inhabit, its imperfect matter, but this is also a book of the spirit. I know of no poet who more lovingly makes us aware of the fragility of both body and spirit and who more bravely engages us in the tension between the two. In another poem, 'Night Travels of a Somnanbulist,' she writes, 'I sought to break the tethers/ to the world I knew/ that disappears as quickly as it forms.' Sandra Becker knows what Emily Dickinson did: the evanescence of this world, its tug of our allegiances. This is poetry that asks of its readers a new kind of courage and that gently but boldly takes us into territory whose ground is often shaky: 'This time I dream/ a stairway/ I descend slowly, one step at a time.' We descend with her, one step at a time, and the journey makes us braver,kinder, healthier, and even happier."- Christopher Bursk

"Becker is not providing an answer. She dares us to begin our own interrogations of the body. What is it? Who is it? Why and where does it leave us, begin and end? Becker allows the reader to use her as a guide but does not set herself up as all-knowing. Neither Prophet, nor Saint, nor Bodhisattva she explores those suggested realms in order to discover how "to inhabit a body/ and transcend it?' Again and again in short evocative lines we read the body as something that will ultimately fail us as time counts down, bodies of pain and the mind's consequential insufferable restlessness, bodies, willful as weeds, that resist controls, that will not respond to pills, nor to prayers. And not just the human body is examined, but the bodies of animals are inhabited by the speaker/s as in 'Blind Old Horse' where a woman visiting an aged horse considers at the fence, 'Some would say there is no horse,/ simply musings, my wanting to be unsaddled.' And here is that primary question, how do we live with the burden of our bodies when we feel a part of ourselves both within and outside of its boundaries. But, as Becker notes in 'Letter from My Brother' it is 'the forces we struggle/ with each day' that allow us to 'recognize ourselves' suggesting a larger purpose, even if we are not to know what that purpose is. Imperfect Matter is an inspired reckoning."-Vievee Francis

Sandra Becker's book At the Well of Flowers was published by Virtual Artists Collective in 2011. Her chapbook Foreign Bodies was published 2004 by Carolina Wren Press. Her poems have appeared widely in journals.