Made and Remade, Poems by Ellen Roberts Young 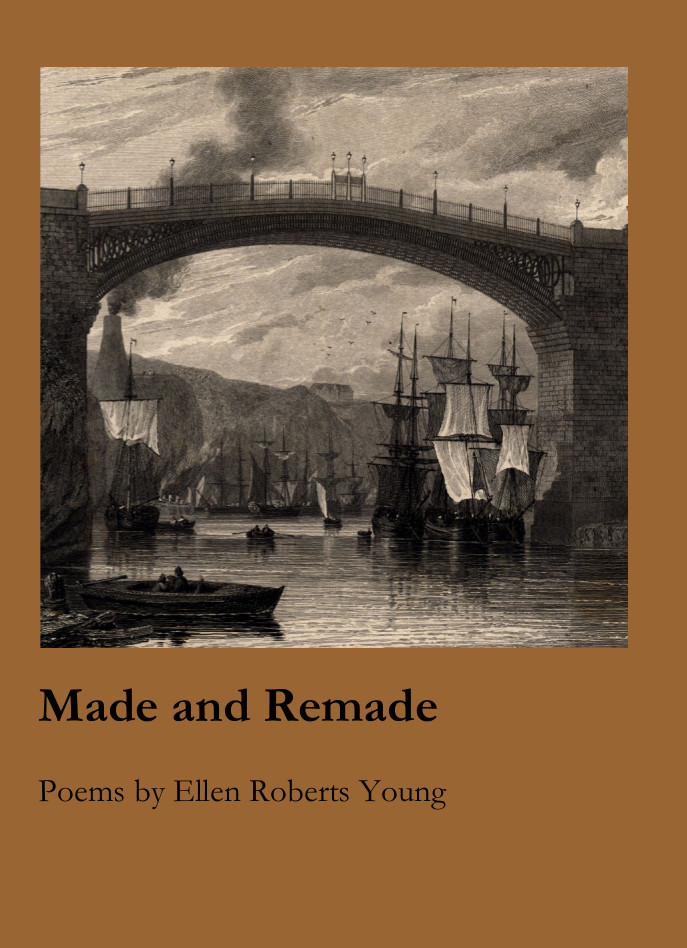 The poems in Made and Remade respond to William Paley’s book, Natural Theology, published in 1802. Famous for his analogy, “suppose I had found a watch upon the ground . . . the inference we think is inevitable, that the watch must have had a maker . . . .,” the book presents Paley’s case for creation by design, based on the intricacies of eye, ear, and other parts of the body and of nature. As cracks developed in a once coherent world view, we have been left with patches and pieces – the material of poetry – with which to make meaning. The poems move in many directions from Paley’s writing, reflecting on how much has changed in 200 years.

“Once again, history has inspired Ellen Roberts Young in this follow-up book to her biography of her grandfather, John Emerson Roberts, a freethought preacher. ‘I was busy checking off tasks I thought important when William Paley entered,’ Young writes in her new poetry collection. Grounded in Paley's 1802 classic, Young's poems explore the connection between the created world and the unobservable. ‘His deity, all act, too busy to sit / for a portrait...’ On a quest for designing intelligence and the ontological truth in ‘a world of fixed order,’ Young cleverly draws upon nature, ‘mysterious substance’ where ‘no house is safe,’ and mechanical objects such as clocks to bring early nineteenth century thought alive for the modern reader. ‘Paul wrote [of us] 'earthen vessels',’ the poet reminds the reader. She writes, ‘We forget how close we are / to clay, metal, stone, air.’”―Susana H. Case

“Ellen Roberts Young starts her dialog with William Paley with this thought in her introductory poem: ‘I’m fixed on this book/like a three-year-old on trucks/a five-year-old on dinosaurs’ and moves through several closely observed and well-expressed transitions to her final conclusion: ‘I have loved such logic, but I’ve moved.’ Her economical poems and wry humor document society’s movement away from Paley’s secure, wonder-filled God-created world to the science-driven materialist/consumerist world we inhabit 200 years later. She skillfully interleaves her own words with Paley’s, and brings alive both his viewpoint and the evolution of her own.”―Sarah M. Lloyd