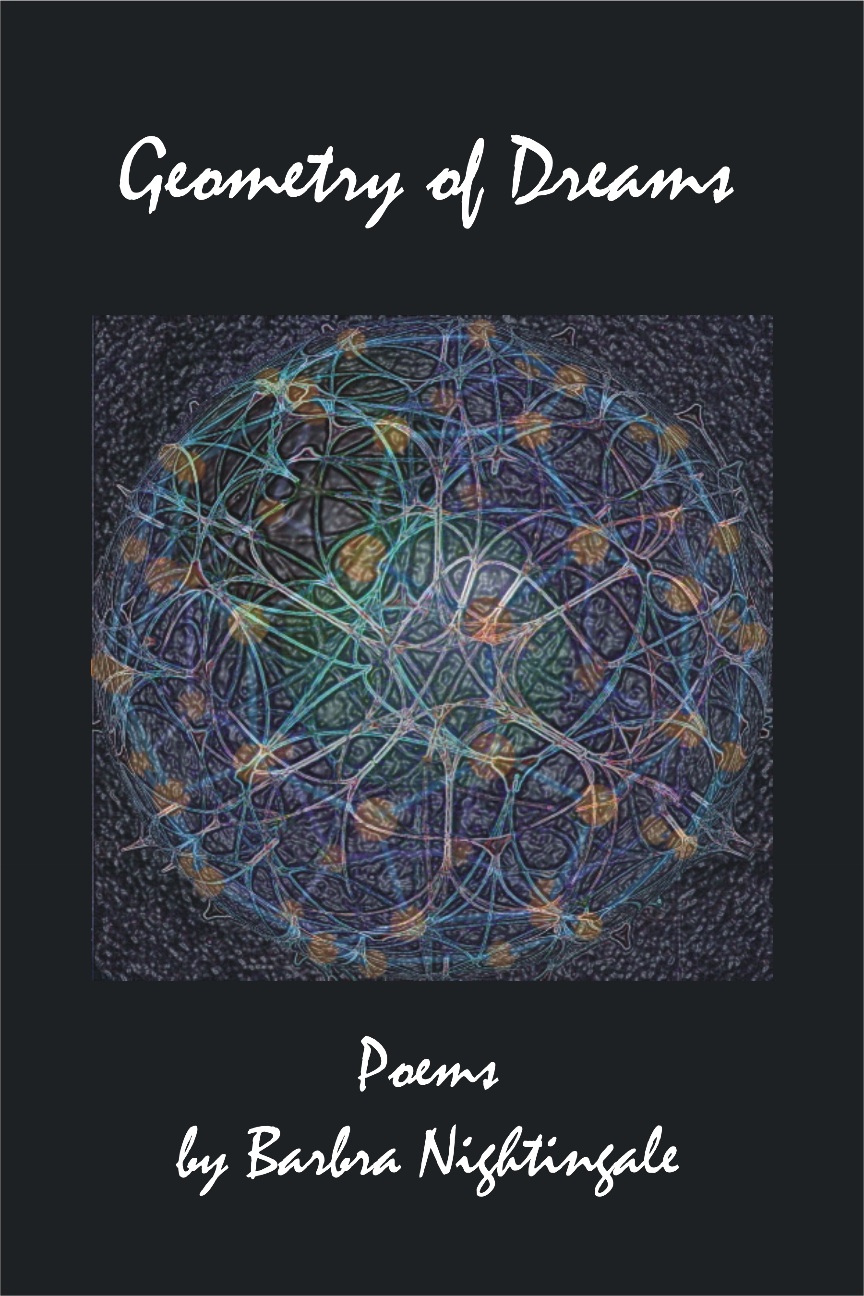 The grace of Barbra Nightingale’s Geometry of Dreams is its fusion of the heart and the mind. These poems of love and loss do not recognize a dichotomy between feeling and intellect, and the result is poems charged with soft music and hard truth.

Russians speak of poets whose poems they love as having Nightingale Fever. Coincidence noted, Geometry of Dreams is a smart, fiery, original book. Read it and get the fever!”—Thomas Lux

The poems in Barbra Nightingales Geometry of Dreams fuse intellect with intuition, the elegy with the ode. Nightingale’s meditations on love are deftly casual on the surface, a splendid result of her attention to craft. Audacious, witty, and beautifully tragic, Nightingale’s poems make beelines for both our minds and our hearts.”—Denise Duhamel

The idea that endings are beginnings in disguise is at the heart of Barbra Nightingales new collection, which first approaches then departs from a powerful sonnet sequence about her ex-husbands suicide. What do you say / when you want to say it all? Ms. Nightingale asks. Be definitive, final, quietly move on like a tide, she says. Which, reader, she is, and she does.Lola Haskins

Barbra Nightingale is a professor of English, literature, and creative writing at Broward College near Ft. Lauderdale. She lives in Hollywood, Florida. Her previous full-length books include Singing in the Key of L (1999). Previous chapbooks include: Greatest Hits (2000), Lunar Equations (1993), Prelude to a Woman (1986), and Lovers Never Die (1981). She has recently completed My Year of Ex-Husbands and Other Strangers: A Memoir, as well as a companion book of poems, The Ex-Files: Explorations in Surprise, and is at work on another poetry manuscript, Spells From An Inky Heart. Her website can be found at http://webhome.broward.edu/~bnightin/.