What Bends Us Blue, Poems by Tom Lombardo 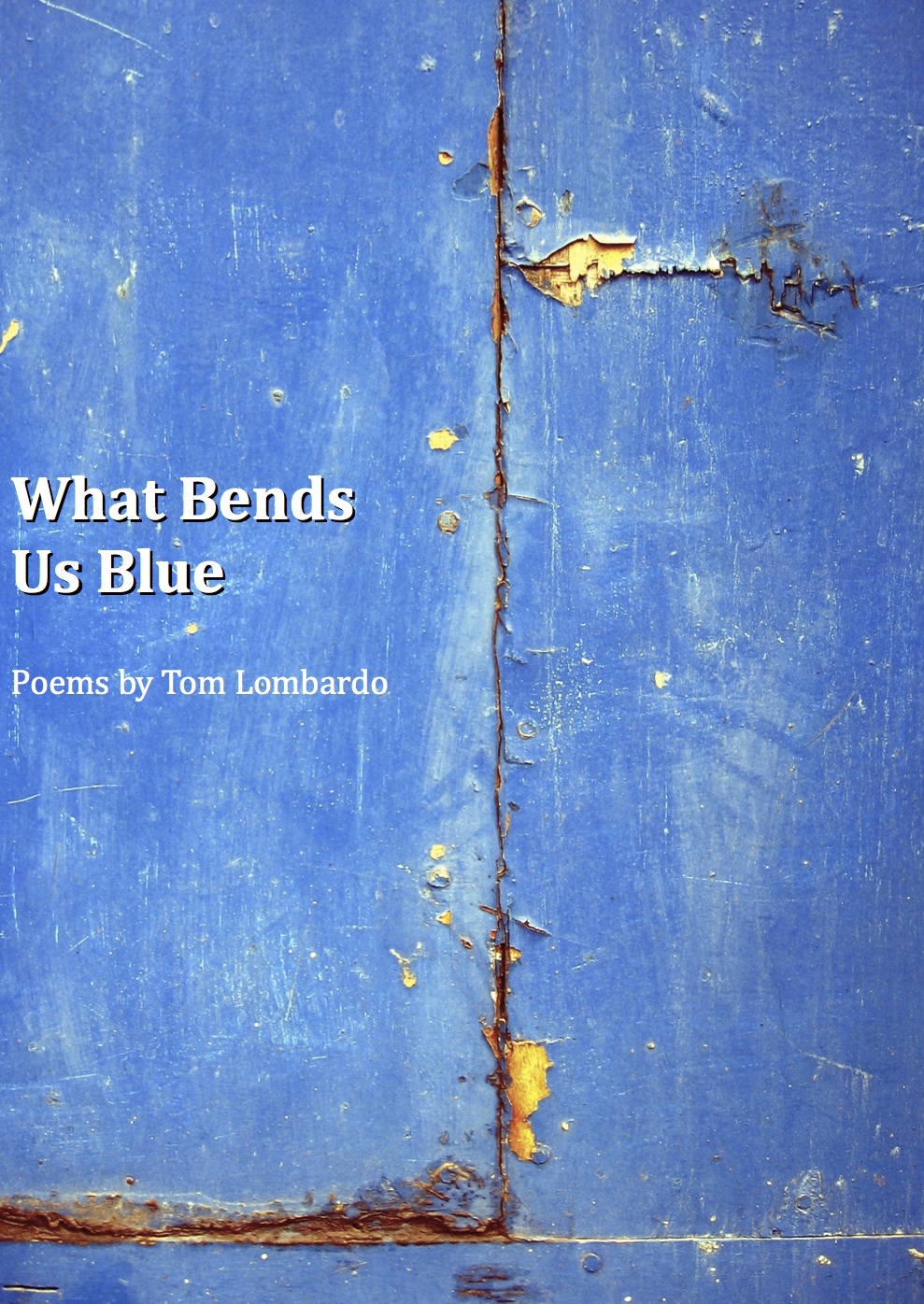 Mixing wry humor and heartbreaking lyricism, the poems of Tom Lombardo's What Bends Us Blue make beauty out of sadness, and joy out of pain.

"Tom Lombardo gives us the wet torn pieces of life, fractures in the family, a marriage 'packed in ice.' In lines that bring myth and pop culture together in a bubbling of language, we feel ourselves entering 'tomorrow's kind of love.'" -Kate Gale, author of Mating Season

"The opening poem of Tom Lombardo's What Bends Us Blue compares the drop of a harmonica player's jaw at a bluesy moment of resolution to that of a 'skydiver stepping off WHA....' This tight, vivid metaphor could also describe the way Lombardo plummets his reader into and through this startlingly original collection. These poems, one by one, plunge the reader through spheres of divergent emotions-from hilarity and satire and irony to the heartbreaking depths of passion and despair. And there is no subject this poet lacks the courage to dive into: the untimely death of a cherished first wife; the poet's own 'little heart attack'; a Sicilian grandmother's urgent culinary need for sanguine noce; the fantastical invention of a snowsuit that would allow skiers of the female persuasion, along with their male counterparts, to remain standing while urinating; the possible catastrophe of global warming; and even a husband's insightful-and cautiously respectful-take on the phenomenon of PMS. These are poems of both head and heart, deeply lived, fully confronted, and brilliantly crafted. Poems that chronicle a life that even after the most devastating losses and imminent dangers will, with steadfast hope, 'rise again...and drink a bottle of Beaujolais Nouveau.' Here's to Tom Lombardo and this exquisite first collection." -Cathy Smith Bowers, author, Like Shining From Shook Foil: Selected Poems

Tom Lombardo is a poet, essayist, and freelance medical writer who lives in Midtown Atlanta. Tom's poems have appeared in journals in the U.S., the U.K., Canada, and India (translated to Hindi and Mayalayam), including Southern Poetry Review, Ambit, Subtropics, Hampden-Sydney Poetry Review, Aethlon: The Journal of Sports Literature, Atlanta Review, New York Quarterly, Chrysalis Reader, Pravasi Duyina, Thanal Online, Ars Medica, and others. His nonfiction has been nominated for a Pushcart Prize, Best of the Small Press, 2009. He was editor of After Shocks: The Poetry of Recovery for Life Shattering Events, an anthology featuring 152 poems by 115 poets from 15 nations. Tom runs the Poetry of Recovery blog at www.poetryofrecovery.blogspot.com. His criticism has been published in New Letters, North Carolina Literary Review, and South Carolina Review. He earned a B.S. from Carnegie-Mellon University, an M.S. from Ohio University, and an M.F.A. from Queens University of Charlotte. Tom is poetry series editor for Press 53, which is based in Winston-Salem, North Carolina.