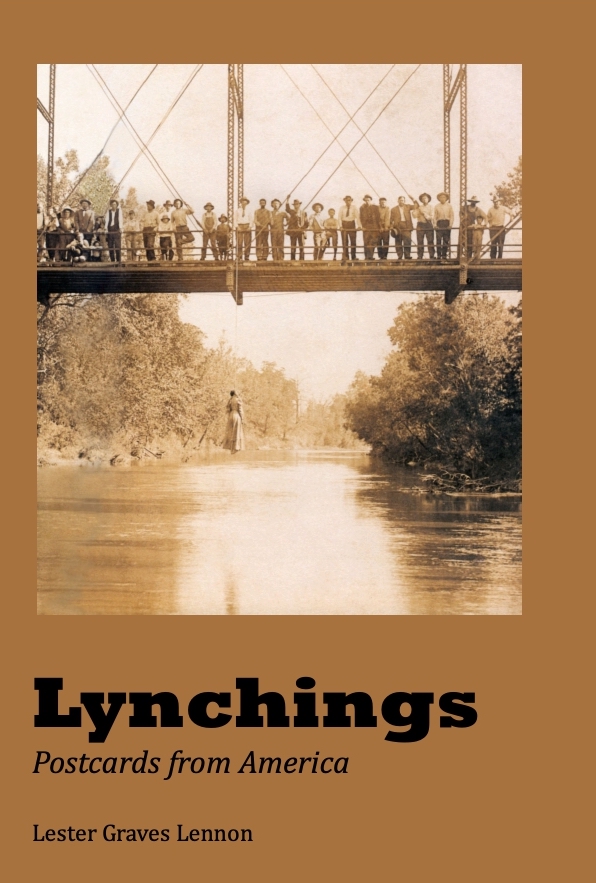 The stark poems of Lester Graves Lennon's Lynchings: Postcards from America show, with documentary precision, the banality and the horror of lynching of Black Americans - and also the joys and songs of Black American life. This was, and is, America.

"Lester Graves Lennon has been a sharp and skillful poet from the start. His first two books showed a poised and intelligent poet of quiet emotional force. But Lennon's new book, Lynchings: Postcards from America, marks both an evolution and transformation of his poetic identity. There is a theory about art called 'late style,' that point in a mature artist's development when he or she throws aside all the careful skill developed over a lifetime and takes new expressive risks. Lynchings is that sort of breakthrough book. It unleashes Lennon's imagination. Fueled by both general moral outrage and his own personal history, Lennon enlarges his voice to address the tragic history of African-American experience. Lynchings is not only Lennon's best book. It is a revelation."-Dana Gioia, Former Poet Laureate of California

"Lester Graves Lennon's Lynchings: Postcards from America exacts America's history of the color line, its effects and consequences. The poems prompt calls for Humanity as necessity for people to get along together. The answer? Love. Lines to his wife and daughter and to his larger family and ancestors, plus friends and acquaintances-poets, writers, including Lucille Clifton, Galway Kinnell, Charles Bukowski-reveal these truths. Lennon's lyrics sing the pain and joy of possibilities for contributing good things to society and the world."-Shelby Stephenson, poet laureate of North Carolina, 2015-18, former editor of Pembroke Magazine.

"From his first lines about survival in black churches, Lester Graves Lennon casts a cold and passionate eye on American violence. His poems are richly textured and raw and real with enduring music. The 'postcards,' a profound and terrifying sequence about lynchings in America, become an undeniable record, beautifully written, horribly real. But the generous, unflinching work gathered in Postcards from America also reminds us of the joys of family, and the hope that the arc of history does indeed bend toward justice. These are poems by a man who has lived and thought and felt with abiding grace."-David Mason, author of The Sound: New and Selected Poems