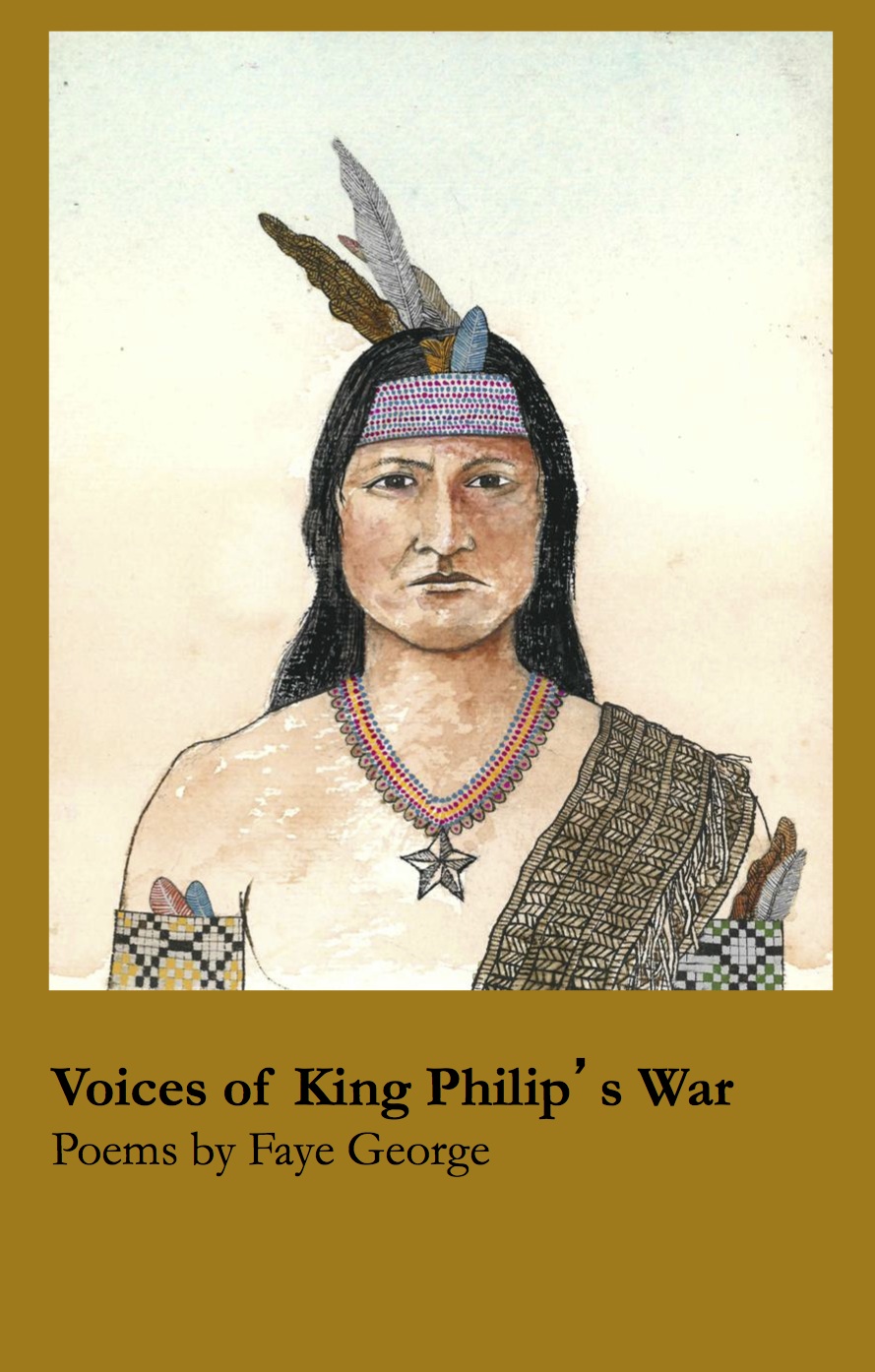 While the story of the Great Plains Indians has been well documented, the history of the Woodland cultures of New England has been largely ignored. The Algonquian nations of the east were effectively annihilated before the dominant European culture cared to record the intellectual and emotional experience of the people they displaced. In Voices of King Philip's War, Faye George allows these strong Native American personalities to passionately speak their roles in the tragic drama of that war.

"With Voices of King Philip's War Faye George has made an important contribution to the rare genre of Native American historical verse. These are the voices of a doomed Woodland culture seeing 'our woodlands melt before our eyes/like snows of spring,' of a people who can reverently 'listen to the whisper of the moss,' exploited, betrayed, and vilified in their desperate struggle for survival. Theirs is the story of broken promises, treaties, and trust. George's monologues make the characters in this tragic drama unforgettable: Philip, Canonchet, Weetamoo.... 'Metacom, Tuspaquin, Annawon/Names in the wind' - no more. They live!"-Kate McCann

"If you could go back in time to America's first major war these are what the Indian voices might have said. Poet Faye George adds eloquence, grace, and imagination to thorough research to make this period come to life."-Michael J. Tougias

"King Philip's War was a volatile time for Northeastern Native communities in general, and for the Wampanoag people in particular. Faye George's representation of the shattering conflict through poetry contributes an original and evocative narrative form to the already significant body of 17th-century chronicles and modern historical writing." -Richard Pickering, Deputy Director at Plimouth Plantation

“Faye George has created a masterful work—one that speaks with the voices of thunder in our heart. While perusing the passionate and intriguing passages, we often allowed our eyes to briefly close as we envisioned the native leaders who fought King Philip’s War, 1675-1676, the first American Indian war. We heard their strong words, we felt their hearts, we knew them as brothers. It was a rare and beautiful experience. We should not remember them only as desperate, angry men and women, but feel their love, know their wisdom and learn from their experience.  To that end Faye George has given us a great opportunity and gift.”—Lee Standing Bear Moore, Manataka American Indian Council

Faye George has published three previous poetry collections:  Marchenhaft, like a fairy tale (Earthwinds Editons, 2008), Back Roads (Rock Village Publishing, 2003), and A Wound On Stone (2001 winner of the Perugia Press Prize).  Her chapbooks Naming the Place: The Weymouth Poems and Only The Words appeared in 1996 and 1995.  George is a recipient of the Arizona Poetry Society’s Memorial Award, the New England Poetry Club’s Gretchen Warren Award and Erika Mumford Prize.  She lives in Bridgewater, Massachusetts.