Coming Up for Air, Poems by Kika Dorsey 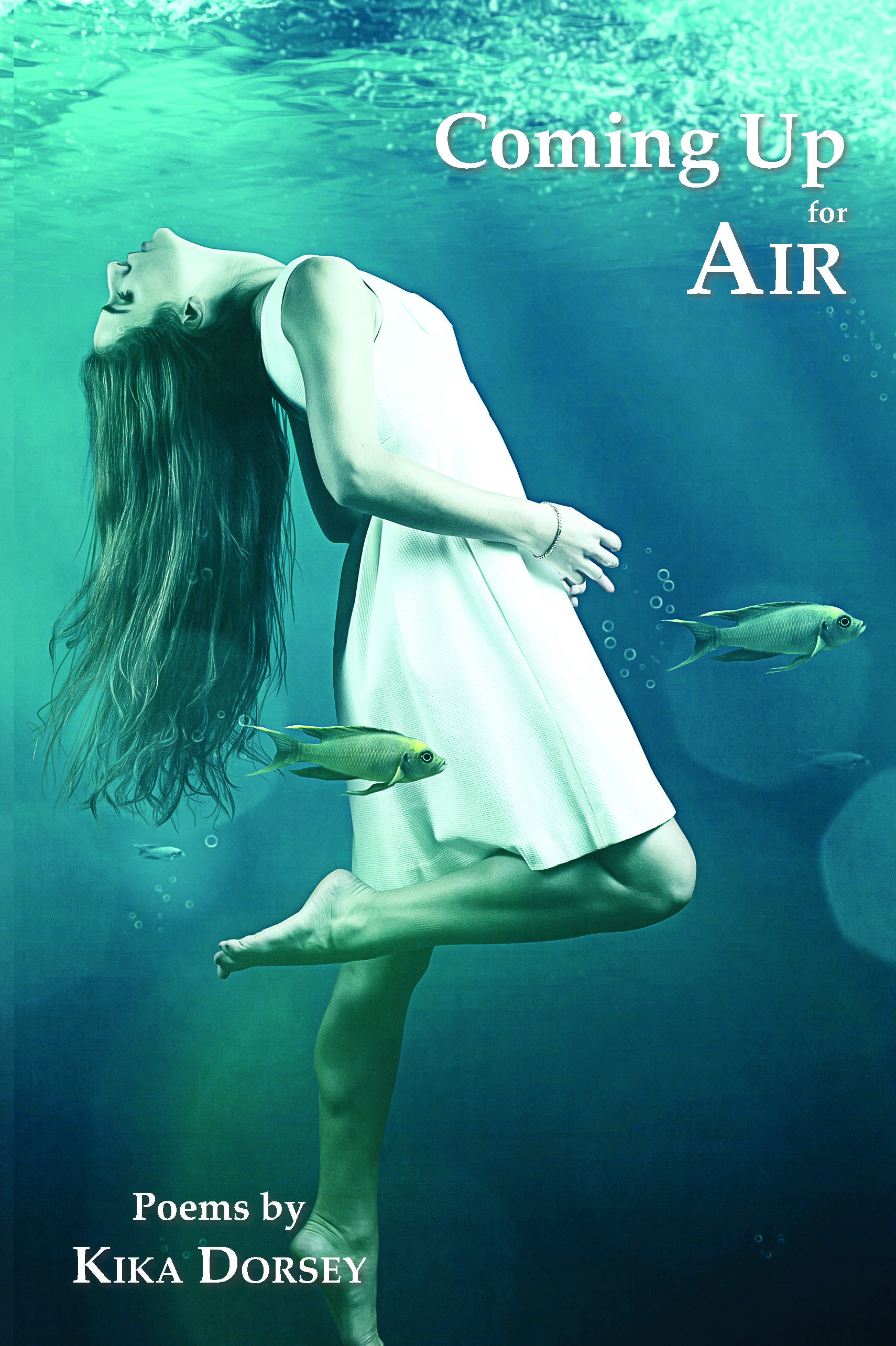 Breaking from the waves, bursting into light: these are the lyrical and narrative arcs of Kika Dorsey's Coming Up for Air.

"While reading poetry I always wait for that shiver-bump moment of lyrical epiphany when I think I know exactly what the poet is expressing: 'I have watched screens as clefts yawning between my children and me and cyborgs born alongside wilted roses and dusty books.' Oh yes, Ms. Dorsey, I am with you. But quite often the next stanza drifts into something surreal, which begs me to reach…outside myself, inside myself. It becomes unrecognizable in any tangible way to my own life, and yet is intimately familiar. While reading both Rust (2016) and her new compilation, Coming Up for Air (2018), I had the pleasure of traveling with poet Kika Dorsey to places I've never been, soaring on her vivid words. And in the end, they brought me home."-Ella Joy Olsen - Author of Root, Petal, Thorn (2016) and Where the Sweet Bird Sings (2017)

"In the center of Coming Up for Air, a coyote dispassionately hunts the neighborhood pets, gazing unflinchingly at a world that greets him with bullets. So too, Kika Dorsey gazes steadily at a hard world, cataloguing pain and luminosity, free from self-pity and sentimentality. To enter this collection is to circle, to sweep arcs around the globe, the desert, the Indiana cornfields. It is to follow a speaker through pasts and imagined futures, as she cultivates and excavates, weighing each new find-human cruelty, heartbreak, and love-without judgment. Dorsey's cosmos ultimately orbits around the idea of home, a place she alternately visits, flees, and remakes, only to open the door and find a self again, reborn into an unexpected state of grace."-Emily Pérez, author of House of Sugar, House of Stone

"This latest collection of poems by Kika Dorsey is stamped with her signature lyricism and infused with imagery so exquisite that the book simply shimmers. 'She is the silence nestled / in the pause between waves...' As with Dorsey's previous collection, Rust, I'm in awe of the mastery of metaphor and simile in Coming Up for Air. These remarkable poems of love, loss, and remembrance, while rooted in the soil of human experience, are fluid and numinous, a transcendent read."-Clare MacQueen, founding editor, www.kysoflash.com

"To read Kika Dorsey's latest collection, Coming Up for Air, is to hitch a lyrical ride with a seasoned traveler. Like the Yggdrasil tree of Norse mythology (a tree coincidentally growing inside this book), Dorsey's newest labyrinth of poems winds through realms both earthly and spiritual. Anyone familiar with Dorsey's work knows she is a border-crosser, a shamanic poet who journeys from the Land of the Living to the Land of the Dead. While this witchcraft is as evident in this book as it was in Rust, Coming Up for Air captures Dorsey's persona as a true citizen of the world. As she traipses the globe, venturing from the Great Pyramids of Egypt to the rainforests in Borneo or the temples of Cozumel, the reader is not surprised to find Dorsey taking pause to palm a piece of the Berlin wall as if to divine from it the future of all humankind. But sometimes this nomad is also stateside again, home with its highways like black veins where she performs the mundane tasks of ordinary living: here she buries her parents, makes love to her husband, raises her children. But as she warns us, she is forever going away which is why we keep our bags packed and our passports ready. It's not so much the exotic reaches of the world we seek but the chance to see these places through the eye Dorsey so generously lends her reader." -Sarah Elizabeth Schantz, author of Fig (Simon & Schuster, 2015)