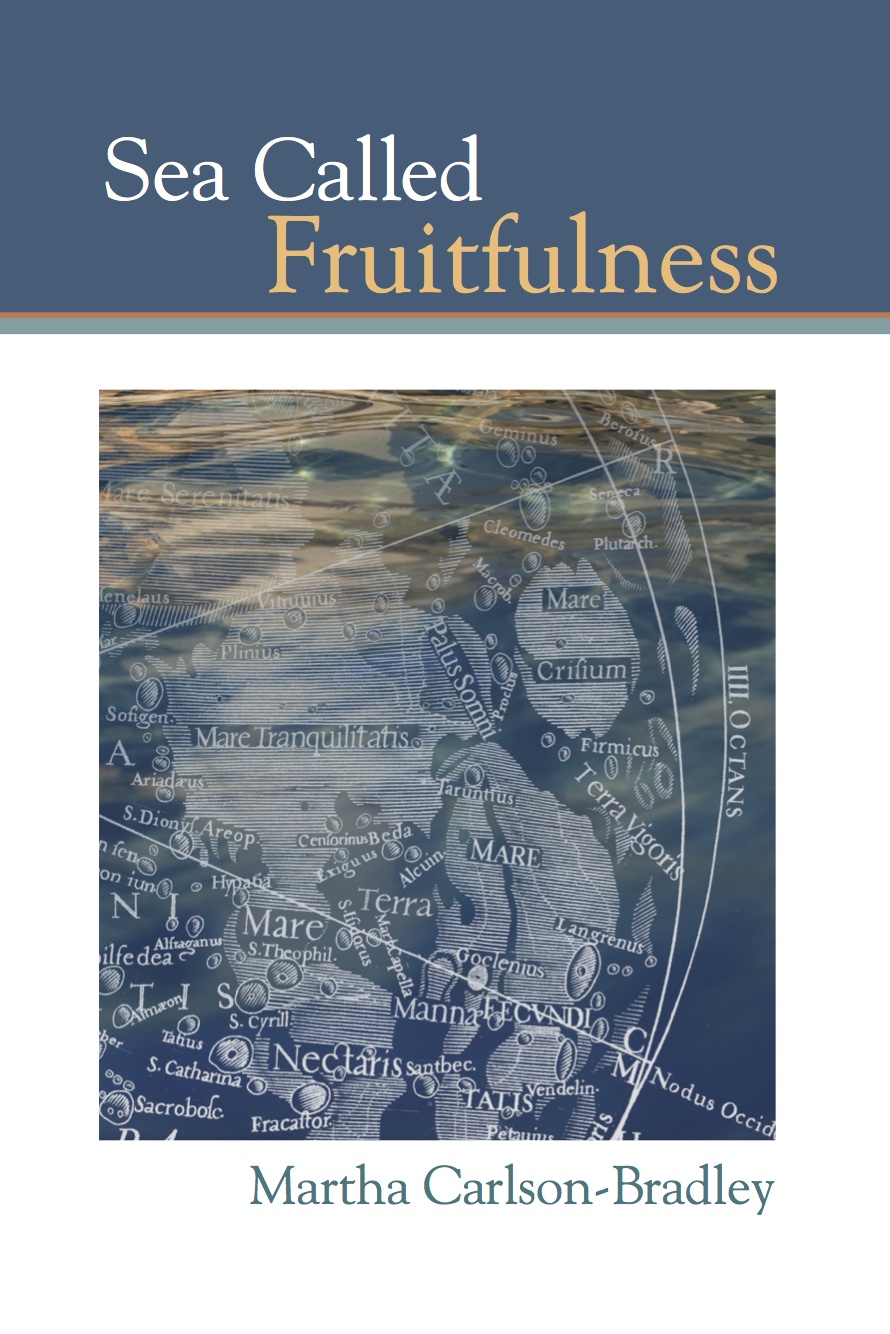 Sea Called Fruitfulness by Martha Carlson-Bradley is a collection of lyric poems responding to the 1651 lunar map that gave the Moon the "sea" names still in use today. As the narrator ponders the motivation and lives of the two seventeenth-century astronomers who created this map, she also explores terrains of achievement and failure, intimacy and solitude, celibacy and fertility, certainty and unknowing.

" 'What interests me most about a work of art is the artist's quality of mind,' said Henry James famously. Add heart and spirit and engaging intersecting stories and you get what interests me most about Martha Carlson-Bradley's Sea Called Fruitfulness. What she teases out of the lives and life's work of two seventeenth-century Jesuit astronomers creates the character of the writer of this book that is itself a kind of moon map in which we vividly see our own very human faces. This picture is also a wonder, because Martha Carlson-Bradley draws it so well."-Michael Ryan

Martha Carlson-Bradley is the author of four previous collections of poetry: If I Take You Here (Adastra, 2011), Season We Can't Resist (June 2007, WordTech Editions), Beast at the Hearth (Adastra, 2005), and Nest Full of Cries (Adastra, 2000).